Honestly, I’ve never seen an episode of the Walking Dead, not one.  I’m not the horror show kind of gal.  I’ll do you psycho killer suspense flicks or your bang bang, shoot ’em up, just not the zombie apocalypse or sci-fi scary stuff, so when I had a request for Walking Dead cookies, I was at a loss.  I filled Suzy Q in, who had seen a handful of episodes, and then we took to the internet.  Talk about a fandom.  There were boards on Pinterest, posts on Tumblr, Google was positively rewarding too.

Once Suzy Q and I had an idea of where we were going with the cookies, we set out on another mission.  Making blood splatter for them that wouldn’t eat through the icing, look brown when dry, and you could see through like real blood.  Suzy Q and I are sticklers for legitimate looks when it comes to things like this, with Suzy Q being in the medical field for over 30 years and my past history of EMT trainer and rescue diver, we know what the correct visual is.

First we had to knock out the cookies, and that was late night fun and perhaps a bit too much coffee.  We won’t be showing you some of the trial designs because, well, they quite honestly sucked.  It was probably due to the hysterical laughing and not being able to hold still while piping at midnight, regardless, know that we suffered sugar highs and caffeine overload to get it right, we hope.

Not all of the cookies were granted blood splatter, and we took creative license in hopes that it would work for the die hard fan.  I’m sure these won’t be the last of the Dead cookies we do,  helpful comments and story lines for the non-watcher always help when shared.

This title cookie had to have some splatter on it.  With the way we heard the mid-season break ended, we knew it was gory as can be.

I was really given a lot of information on Lucille from friends and Facebook.  Knowing that this was the tool to take a life at the end of the mid-season break, she had to be in here and covered in blood.

Nothing Walking Dead related would be complete without something from Daryl.  So we opted for the crossbow and not the angel vest.  Perhaps on the next batch, we’ll make the wings.

Rick’s Colt Python, is in so many of the images that we researched, so in the fray it went.

The door is an image that popped up everywhere we looked.  I couldn’t get the door lock on the cookie due to size, but I’m keeping my eye out for a bigger cutter, or maybe a hand cut next time to get it all in.

The flowers from the scene with Lizzie had to be in the mix and with splatter of course. Rick’s hat that has been passed down, Abraham’s ginger frock and mustache, a cut off zombie hand, little pig, Michonne’s sword, a zombie taking a head shot and the sights from a rifle round out our group.

Stay tuned for the tutorial on the blood splatter and what we used so that you can make it yourself for your own Walking Dead cookies or Halloween batch.

Just a girl, who is a little crazy for cookies. 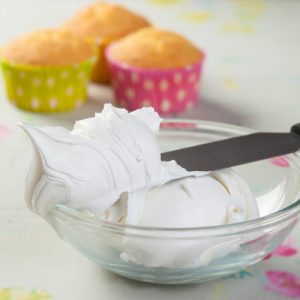 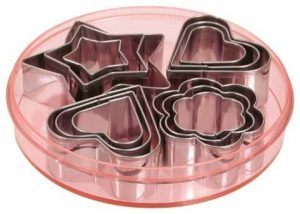 Just two ladies that play with sugar, who try to look like we know what we're doing.